Jo Hamill’s work explores the multifarious occurrences innate within language and in particular the written word. Robert Smithson’s assertion that ‘a word outside of the mind is a set of dead letters’ supposes a lone written word as inactive matter but its incredulity is how one written word can activate another. The absurdity of language perhaps lies in its limitations or failings, or more accurately our failings. The containment of the written word, its tying down to the page, its order, its structure and the conventions it adheres to, affords us the opportunity to grasp what is being said and consequently what is being unsaid. It is through the conventions we encounter that we are able to search for meaning, a meaning so often fragile, easily misunderstood or lost in the interstice between the concrete and the conceptual, the signified and the signifier. When words fail or cannot be found what remains.

The material qualities of paper are explored within Jo’s work, although a familiar surface and still more often than not the carrier of words, it is disrupted through penetrative actions; a cut, a score, a fold, a scratch, a puncture. These vehement acts belie her work’s reticence and mark the points at which the viewer is denied access or frustrated by the promise of what the work may reveal, only to find it left unsaid.
Intimate words, given words and mostly the words of others form the content or starting point for investigation in Jo’s work. Carefully selected prose, i.e. James Joyce’s Ulysses and Virginia Woolf’s A Room of One’s Own are read, reread and obsessively transmuted into fragmentary works. The literary inception of the work invariably falls away during the process of making, its connection estranged by the concealment and subsequent loss of words, as is evident in much of Jo’s work. It is within the process of silencing words and the suppression of meaning that ‘wordless words’ are formed. The carcass or husk, trace or remnant of a word alludes to Derrida’s contemplative notions of the written word as a form of absence and its subordinate relationship to the physical presence of speech. If the written word is ‘bodiless’ and a ghost of thought and experience, what gives it its material certainty? All that we invest and have invested for centuries perhaps? In an attempt to activate the material qualities of ‘dead letters’ and locate the humanness which imbues our contemporary encounter with the written word, the contingency between the handwritten and the digital is explored through the act of transcription.

Obsessional, repetitive, destructive and systematic processes are used throughout Jo’s work, the labour is evident in the craft of making or intentionally hidden beneath the surface but always there is the question; what needs to be said? 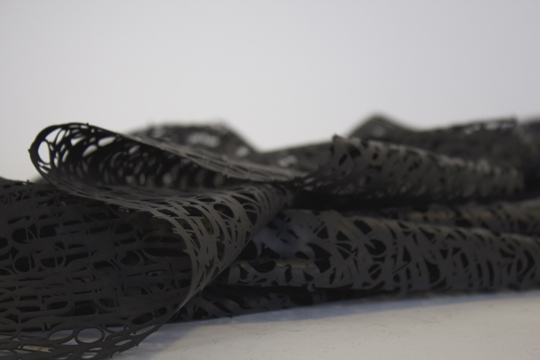 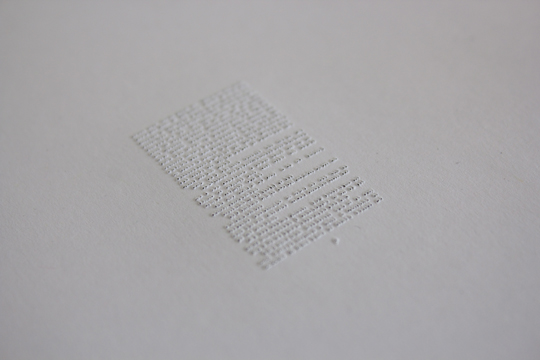 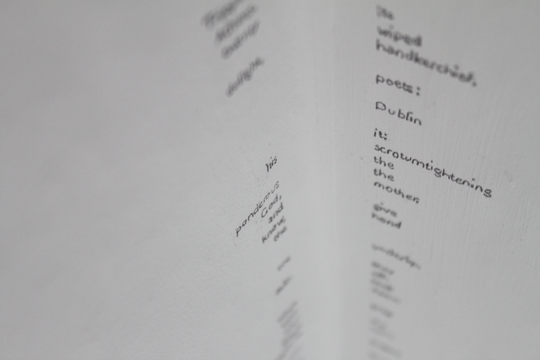 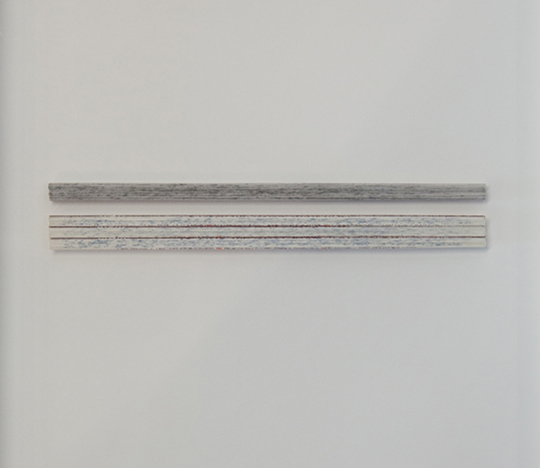 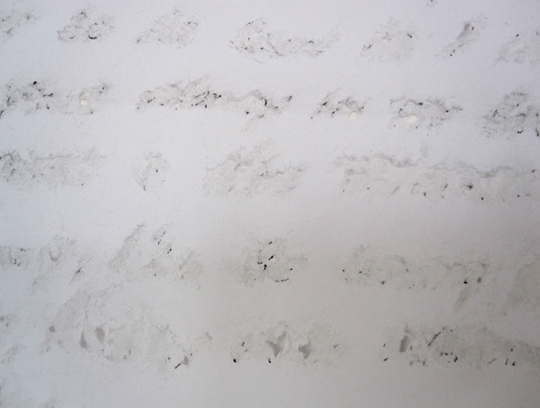 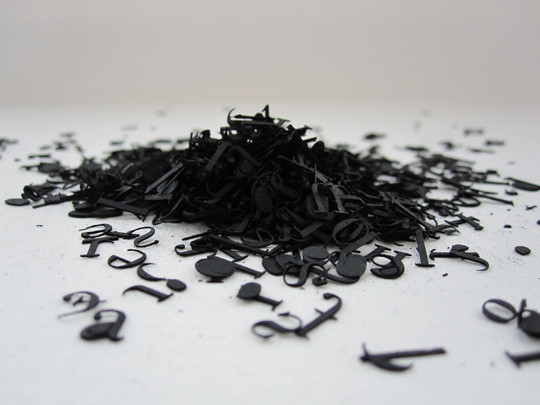