All Depth and No Substance

A problem for art historians is that it is often those paintings that are held to be prime examples of the use of perspective in the early Renaissance, which, when looked at closely, defy the rules of perspective.  For example, the floor in Domenico Veneziano’s ‘St Lucy Altarpiece’, which we read as a being a tiled floor containing a regular six-pointed star pattern is a clear case of ‘all not being what it seems’ – an illusion of an illusion.  On closer inspection, this pattern is produced from a simple construction of squares drawn within squares, which is then interpreted as a hexagonal pattern.  This raises many questions and possibilities: the artist may have thought it was the correct way to produce a true perspective rendering of a true hexagonal pattern, or he may have been perfectly aware of the deception.  It could also be that he took advantage of a fortuitous accident, or even that none of these alternatives adequately describes what took place.  It does however raise fundamental questions about the artist’s intentions – the role of geometry as a ‘tool,’ and as a generator of imagery.

Talbot’s practice focuses upon the way the artist sets out to make a drawing; how the layout, scale, the initial assumptions and spatial construction, influence or direct the nature of what gets drawn.  As a way of both testing and demonstrating this, Talbot’s drawings and video animations attempt to show the fluid and multiple spatial interpretations of relatively simple geometric constructions. This body of work may, on the surface, look to be a departure from the drawing practice for which he is known.  For him, it is simply the result of trying to find a new way to answer some of the questions that have always driven his practice.

The work proposes that implicit in the geometry of perspective there is an ambiguity, which is why it continues to defy any fixed analysis and interpretation; it proposes that it never was the fixed entity – the ‘rational’ system, or even the ‘culturally determined’ system that it is generally now taken to be, or is presented as.  The video demonstrates, and embodies, the alternative interpretations possible within the most simple of perspective constructions. Its installation – filling a wall of the gallery, references for example, the spatial anomalies apparent in Leonardo’s ‘Last Supper’. The drawings likewise, instead of dealing with ‘depth’, extend the space sideways thereby creating the possibility of a time-based narrative within the space of the drawing. This alternative solution references, for instance, Piero’s ‘Flagellation’, and Uccello’s ‘Profanation of the Host’. 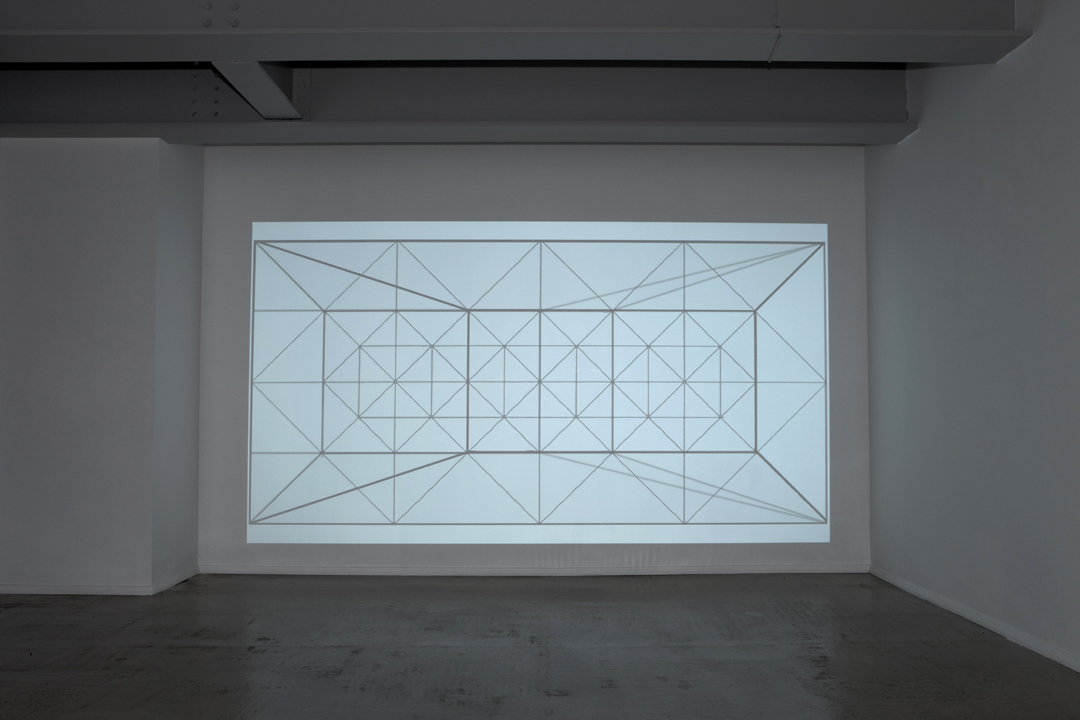 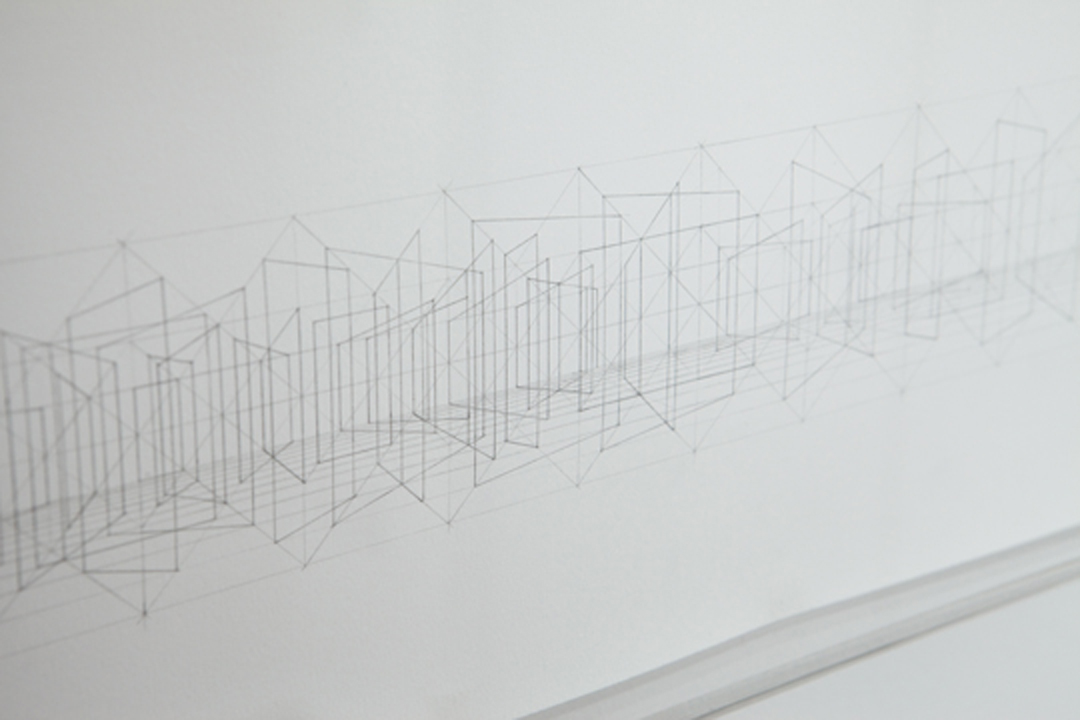