Push Me, Pull You.

In his first solo show for the gallery, Alex Charrington presents a new site-specific window installation, shown here for the first time alongside a body of screen prints investigating colour, light and space.
Charrington’s screenprints seem to vibrate and flow. A fascination with colour is central to his practice and he uses the unstable and relative nature of colour as a tool to explore fragile, insubstantial and ephemeral possibilities that are free of tactile solidity and meaning. The writer Chris Yetton has commented on the nature of these works stating:

‘Everything is in flux. The simmering complexity we experience is due to colour. The sensation is of coloured light rather than pigmented surface’

These images can be considered as receptacles of light that reflect pigmented colour in the changing light of the day. For the artist reflected colour is as much part of the work as pigmented colour. Where the edges of two colours meet they reflect more than the sum of their parts in the space between the viewer and the painting.
Push Me, Pull You is a large-scale window installation made from tinted vinyl. It consists of three pairs of complementary colours that are combined using two variations of a diamond shape with opposing edges. These contrasting elements form complex relationships of colour-value and tone within the overall composition. The exhibition takes its title from this work and alludes to the relative effect of overlaying one colour upon another.
The layering of tinted vinyl has much in common with flat layers of printed pigment. In this sense, the window is a continuation of Charrington’s experiments with colour space. However, this new workplaces colour against a window and in doing so the artist makes use of the changing daylight within the architecture of the gallery and brings it into dialogue with a series of prints about colour space. 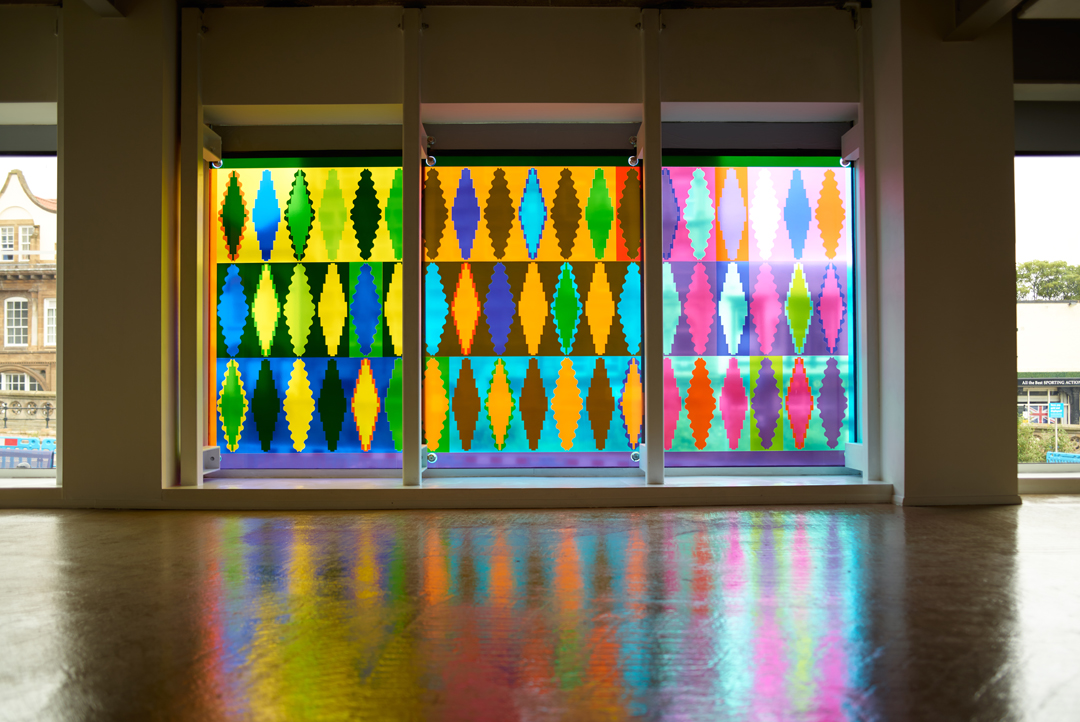 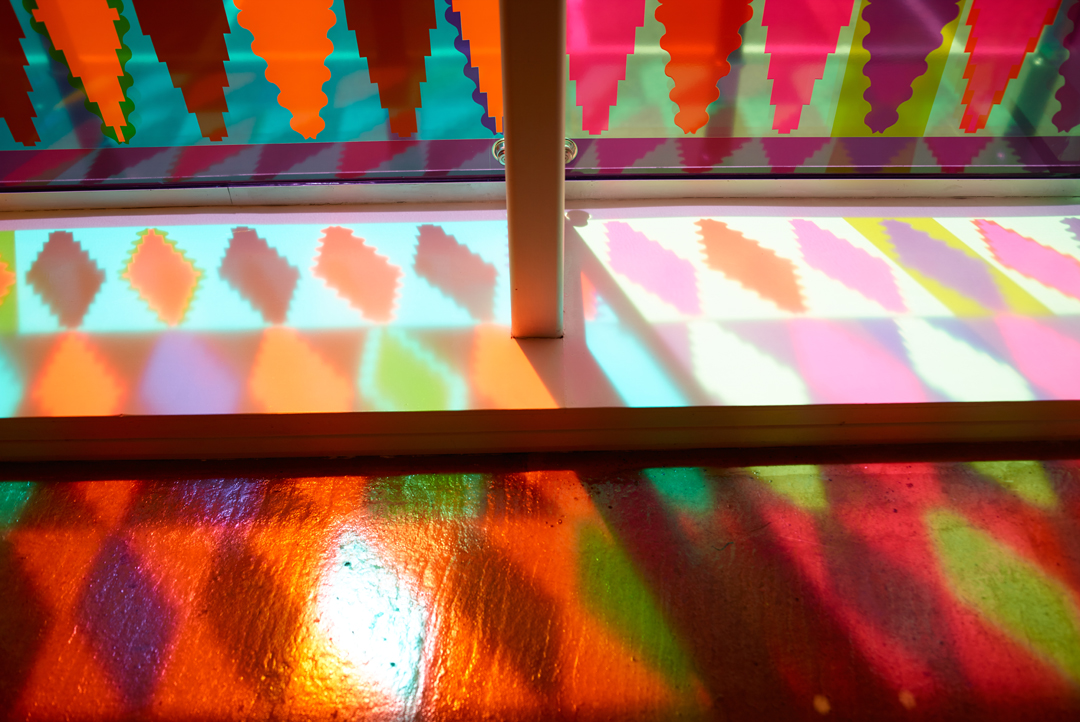 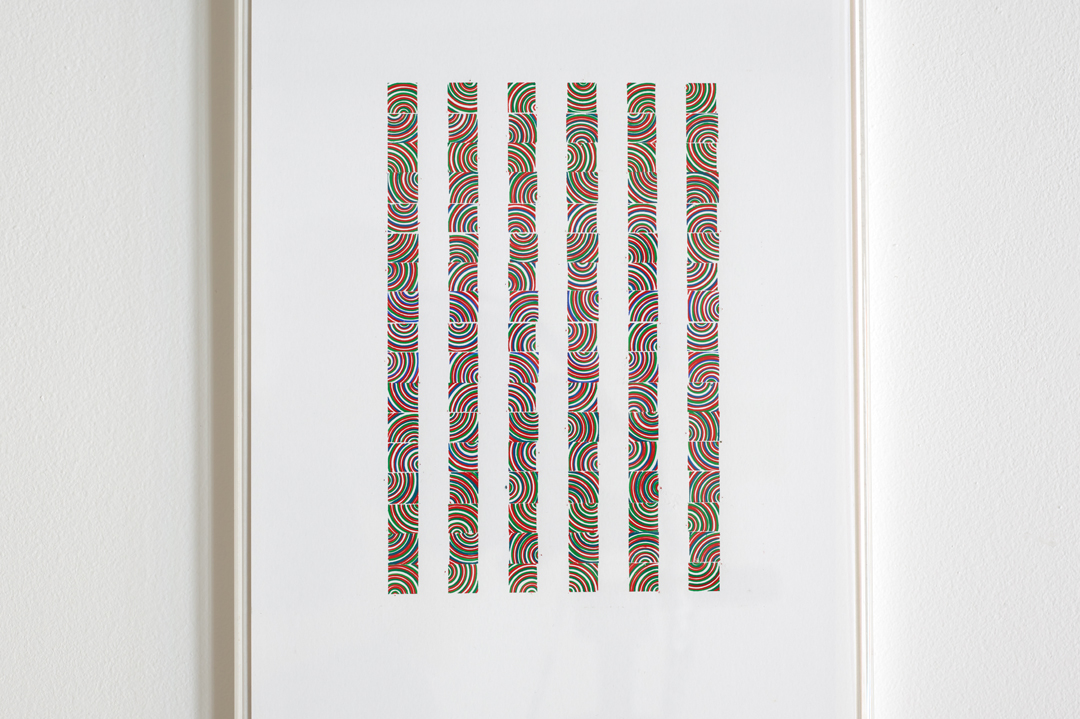