Platform A Gallery is a newly established independent gallery in Middlesbrough. The gallery and its adjacent studios are located in the town's railway station. Over the platform, Anish Kapoor's large scale sculptural commission, 'Temenos' foregrounds the spectacularly imposing Transporter Bridge: two feats of engineering representative of contrasting cultural and economic landscapes in a region under change.

A Victorian relic, built in 1877, the railway station is an architectural symbol of Middlesbrough’s industrial past. This industrial heritage is strongly referenced and keenly celebrated by the gallery’s owners. Located on the site of an old coke bunker, the gallery’s logo has been adapted from the Dorman Long steel company emblem – as a nostalgic gesture towards the South Bank coke ovens. With no attempt to disguise supportive steel girders and concrete flooring, the gallery’s interior effectively limns the division between factory floor and white cube.

James Benning's work, exhibited as part of AV Festival, is the third show in what has been an exciting and varied programme of events at the gallery since it opened in 2011. Benning's filmic installation is mesmerising. Two large screens, hinged at an obtuse angle, dominate the space. To the left, Benning has decelerated a 14 second monochrome clip from a 16mm film, shot in 1971, of a working man leaving a factory. The film is slowed down 133 times to span 31 minutes – resulting in a protracted moving image which frequently dissolves into abstraction. In the spirit of Harun Farocki’s ‘Workers Leaving a Factory’ (1995), a filmic montage which combined clips from Louis and Auguste Lumière’s ‘Workers Leaving The Lumière Factory In Lyon’ (‘La Sortie des Usines Lumière à Lyon’, 1895), Charlie Chaplin’s ‘Modern Times’ (1936) and Fritz Lang’s ‘Metropolis’ (1927), the film encourages a reflection on particular moments in capitalist production, the human agency of factory production, and the necessary alienation Fordist processes enforce. Although such images are increasingly rare, as industrial labour is usurped by the post-fordism of affective and immaterial forms of labour, such images still resonate in the context of industry and manufacture in Middlesbrough.

Shifting from a focus on people, to a focus on process, the right hand image was shot in real time in 2010 at the HKL Steelworks in Duisburg. Trains collecting slag and pig iron from a blast furnace are captivating and curiously hypnotic. The mechanistic movement of the ‘Loco’, back and forth along the tracks, carrying the molten metal from the blast furnace is complimented by an audio track which incorporates rhythmic mechanical sounds, bleeps and alarms. Unlike the abstract experimentalism of the Milwaukee footage, this film has a visual documentary style, resonant of Allan Sekula’s ‘The Forgotten Space’ (2010). Like Sekula, Benning reveals an unseen side of industrial processes and capitalist production.

Although the connection between the two films for Benning is personal: his father built land gear for B29 bombers in Milwaukee which bombed Duisburg during WWII, there are further parallels and connections to be drawn from its installation here. Duisburg was the most heavily bombed German location by the Allies in WWII, Middlesbrough, conversely, was the first major British town and industrial target to be bombed by the Luftwaffe, destroying, incidentally, the arched roof of the Railway Station in which the gallery is situated. Duisburg is responsible for almost fifty percent of the hot metal production in Germany, whilst Middlesbrough’s contribution to the iron and steel trade gave it the alias ‘Ironopolis’. These perhaps accidental correspondences serve to augment an already powerful and arresting installation.

Often considered a ‘non place’, railway stations are transitory spaces - places to temporarily inhabit en route to somewhere else. With an increasing profile and continually developing programme there is no doubt, however, that Platform A Gallery will become a destination. 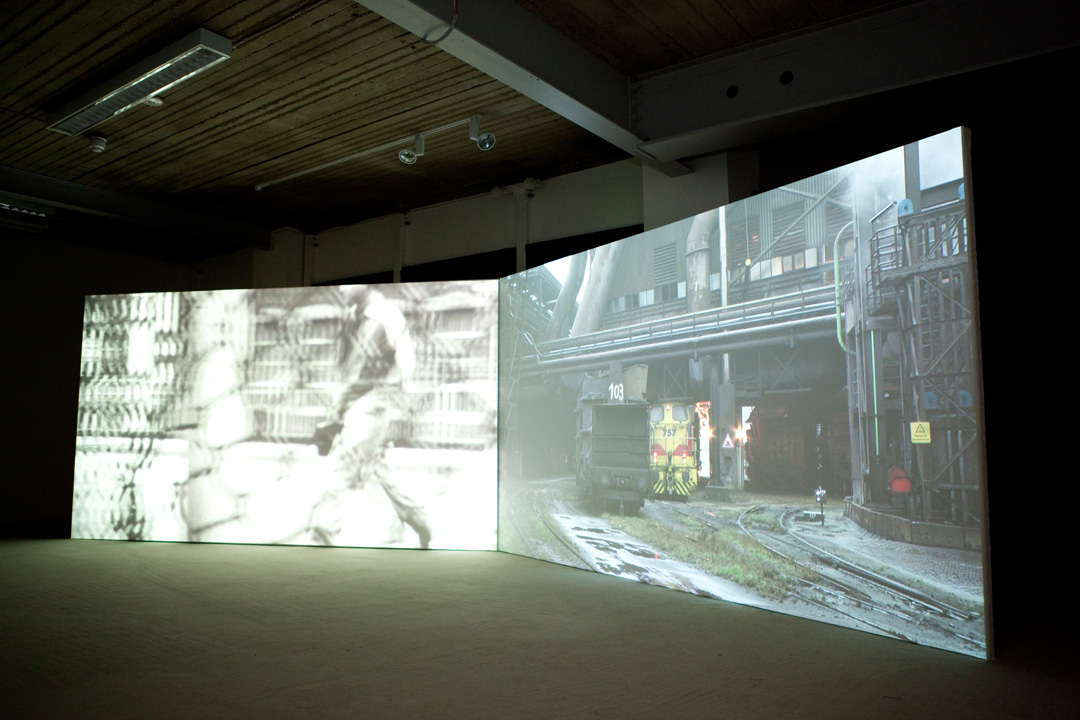 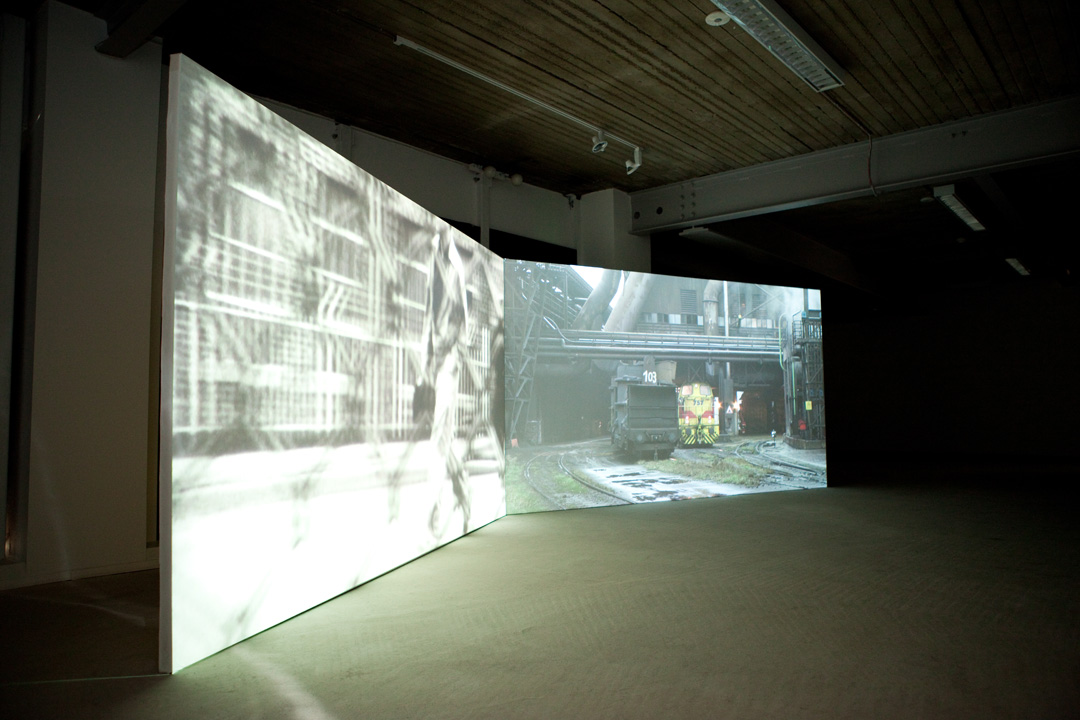