Lesław Tetla is interested in the fabric of the city as written onto its architectural modules. He examines the subcutaneous geometry that channels the movements of city residents, shaping their attitudes and types of behaviour. In the new project he creates sequences of paintings depicting the façades of traditional English houses in Stockton and Middlesbrough, which are now populated by immigrant communities.

The typologies of the façades he designs become signs of narratives and private stories hidden behind them. In this context, the house becomes an extension of the body, a reflection of its experiences which frames the most important moments of the life of its tenants. Like a private omphalos (i.e., the navel of the world), it is a point of reference for arrivals and departures, for settling in and leaving the place, for constructing space and for its disintegration. As a strongly symbolically charged private space, a synonym of safety and peace, it is framed by a specific set of gestures and rituals that need to be carried out to ensure personal success and a prosperous life in the new place.

By reconstructing the mechanisms of memory conjoined with a place, in his latest works Lesław Tetla employs the scheme of the operation of a kaleidoscope, an optical device in which moving pieces of glass, reflected in appropriately arranged mirrors, form variously coloured, symmetrical, and seductive constellations of figures. The key here is the mirror reflection, an image that is transformed and duplicated before our eyes. The form that arouses uncertainty as to the status of what has been copied, of that disturbing twinned existence. In Tetla’s works it is the creation and scattering of images depicting house façades that has an alchemical potential. It illustrates the superstructured and dispersed matter, a mesmerizing moment of the emergence of structures, the rhythmicity of inhaling and exhaling, of moving away and coming closer.

These kaleidoscopic images are projected by Tetla on carpets with oriental patterns. In Islamic culture, rich plant ornamentation emerged from an iconoclastic ban on the representation of beings endowed with soul (this privilege was supposed to belong only to God). Instead of depicting man, Muslim artists developed skills of rendering a variety of geometric and plant structures. The carpets they designed, accompanying the most important moments of their owners’ lives, represented paradise, a safe, prosperous and lush space. Surrounded by a frame, the ordered central spaces of each carpet expressed dreams of a better life, of domestication, of Heideggerean habitation, i.e., of being consciously, of recognising the possibilities of a given environment and finding oneself in it.

Tetla juxtaposes these two traditions, rewriting contemporary living conditions of immigrant communities into oriental patterns. What fascinates the artist is the complex ornamentation and the anthropological potential it contains. All the patterns are archaic talismans, records of protective gestures that weaken evil powers lost in a labyrinthine, tangled arrangement. This aspect has attracted the attention of Sigmund Freud who was a great admirer and collector of ornamented rugs and who attributed therapeutic potential to their fascinating ornaments. His famous couch on which subsequent patients reclined in the privacy of his London office was adorned by one of the oriental rugs.

Freud worked with a diagnostic method that could be described as the archaeology of a narrative. Its purpose was to extract forgotten tales from the subconscious. The rug with its ornamental pattern was therefore an ideal object to encourage thinking, to evoke memories, to recreate one’s own story as a way of curing neurosis or melancholy. The idiomatic phrase of “sweeping under the carpet” which means being silent about a problem, hiding the grudge, not working through the trauma in this context is a gesture opposite to the one recommended by Freud, that of revealing the past and trying to reconstruct it therapeutically.

The psychoanalytical reading of Lesław Tetla’s works shows them to be the tip of the iceberg. The collection of photographs constituting the typology of house façades is a small fragment of the greater whole, the majority of which remains concealed. The artist takes on the role of a hypnotist inviting the audience to participate in a memory-related exercise. By presenting picturesque patterns, he works on the deepest layers of the subconscious, neglected and not reconstructed, yet constantly haunting the present. In this context, the carpet made of kaleidoscopic images of houses might be an expression of the fantasy of being at home, of domesticating space, of marking one’s own place, settling into it; an encouragement to rewrite the past, to predict one’s own story and thus to prepare the ground for its new chapter. 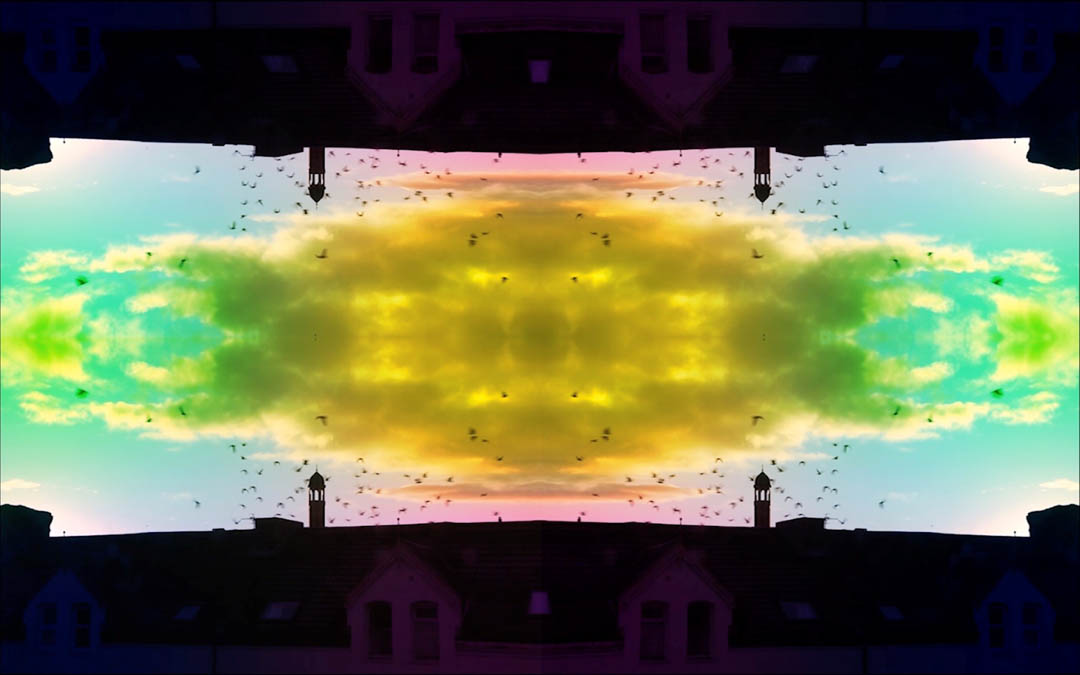 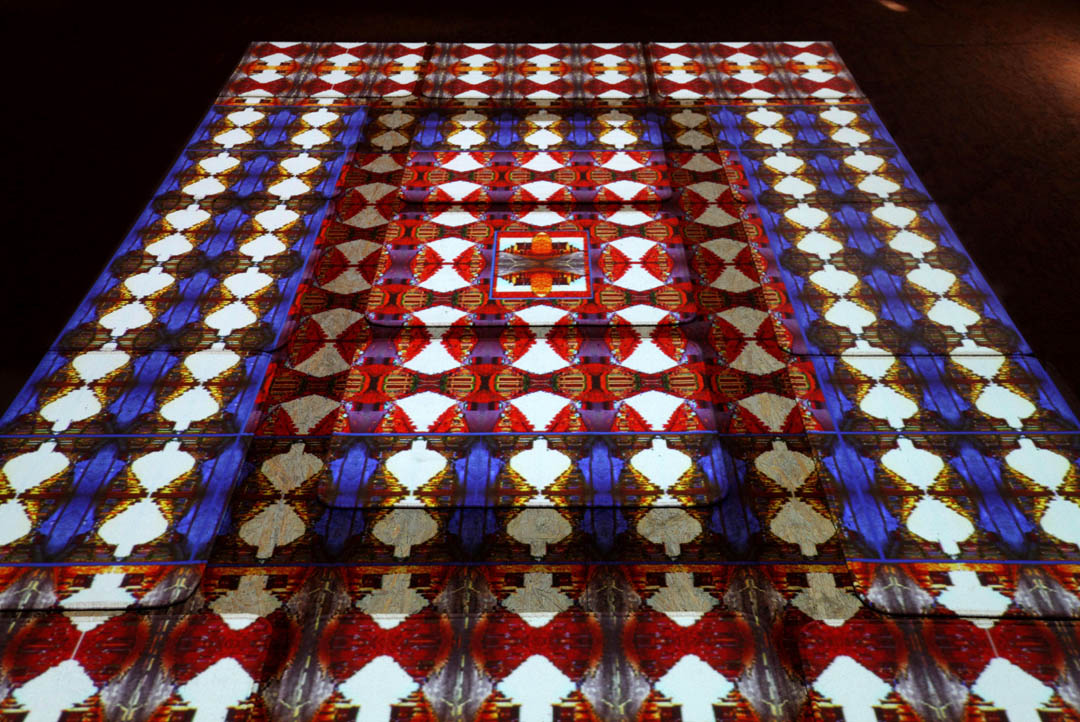 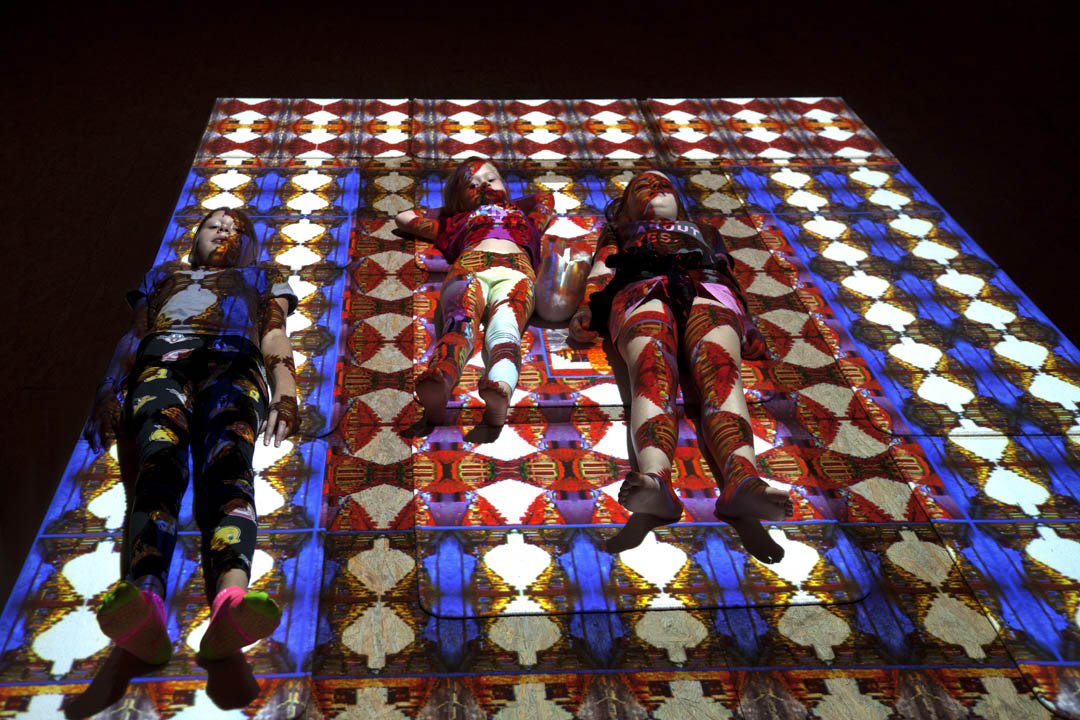